If you’re hurt in an Arizona car accident, it’s important to understand Arizona’s auto accident laws. This is key if you want to win a fair car accident settlement in Arizona.

If you’re ever in a car accident in the grand canyon state, you’ll have the information you need about how to move forward and negotiate a car accident settlement using Arizona laws and regulations.

What’s the Average Settlement for a Car Accident in Arizona?

The average settlement for a car accident in Arizona is $7,500 to $25,000. However, this is just an average and doesn’t reflect what every case may entail. Some factors that can affect your settlement amount are whether or not the other driver was at fault, what type of injuries you suffered, how much damage was done to your vehicle, and more.

Keep in mind that an insurance company’s first offer is almost always low. It’s important to know what your case is worth before accepting any type of offer from the insurance company. Hiring an experienced auto accident attorney can help you get a better idea of what your case may be worth and ensure that you don’t settle for less than you deserve.

Some injuries are worth more than others when it comes to Arizona car accident settlements. Here are some common injuries and their approximate settlements:

That being said, every case is different so it’s important to speak with an attorney about your specific injuries and damages. Your injuries may be worth more or less than what is listed here. Always get a professional opinion before settling your Arizona car accident case.

When you attempt to hold another party responsible for your accident injuries, it is common for the person or party to blame you in part for the accident. In Arizona as many states, laws apply to accident cases where you have partial fault for the accident. This can reduce the amount of money you receive in compensation.

This rule is called comparative negligence. In Arizona, the total amount of compensation you receive will be reduced by the percentage of your fault for the accident. Arizona courts use this standard, and insurance adjusters often use it as well. Do not be surprised during an insurance settlement negotiation if the company tries to reduce their pay out by arguing you are partially at fault for the accident. All drivers in Arizona are required to carry a certain amount of insurance. You are required to carry at least $15,000 for bodily injury and $10,000 for property damage. However, bear in mind that patients who had to be admitted to the hospital after accidents in Arizona in 2011 had an average bill of $72,000. This means that many car accident victims face major deficits between what their auto insurance policy will pay and what is owed for medical bills.

Arizona currently uses the at-fault system to handle most auto accident cases. This means that the person who is injured has the right to try to settle the accident claim with the insurance company, or go to court and try to prove fault and get compensation.

In this state, you have two years to file a personal injury lawsuit from the date of the car accident. However, if you have a hidden injury that is not noticed until later, your time limit may begin on the date that you discovered the injury.

For example, if you get a settlement for your physical injuries or sickness from the accident and did take an itemized deduction for your medical expenses related to the injury in prior years, that amount is taxable that you took a deduction for. But if you did not take a deduction the full amount is not taxable.

If the settlement is meant to replace income, then that claim could be taxed. But if you receive a settlement for wages you lost due to the accident, this is not usually taxable.

If the settlement is for a physical injury, it usually is not taxable at all in Arizona or at the federal level. But if you get a settlement for emotional distress, this is usually taxable.

Also, punitive damages that are meant to punish the defendant are taxable as income.

If you have any questions about the tax status of your settlement, be certain to consult with a tax professional.

How is Pain & Suffering Calculated in Arizona Car Accident Settlements?

One of the most important, and difficult, aspects of any Arizona car accident settlement is the calculation of pain and suffering. This is because pain and suffering is a very subjective thing – what one person may consider to be a minor inconvenience may be a major source of anguish for another. As a result, it can be difficult to place a monetary value on pain and suffering.

However, there are a few factors that are typically taken into consideration when calculating pain and suffering in an Arizona car accident settlement. These include the severity of the injury, the length of time it takes to recover from the injury, and the impact the injury has on the victim’s quality of life. By taking all of these factors into account, victims can receive the compensation they deserve for their pain and suffering.

How Much Do Lawyers Take From a Car Accident Settlement in Arizona?

Arizona is a “fault” state when it comes to car accidents. That means that the driver who caused the accident is responsible for paying for the damages. If you’ve been injured in a car accident, you may be wondering how much of your settlement you’ll actually get to keep. The answer will depend on a number of factors, but one of the most important is whether or not you have a lawyer.

Ultimately, the decision of whether or not to hire a lawyer is up to you. If you’re comfortable handling the case on your own, you may not need one. But if you’re facing significant medical bills and lost wages, it’s probably worth it to at least consult with an experienced Arizona personal injury attorney to see if hiring one makes sense in your particular situation.

Arizona is one of the only states that still has not passed a distracted driving law. Currently, there is a ban on all cell phone use by bus drivers. This law allows police officers to pull over drivers and give tickets without witnessing another violation.

However, note that text messaging while driving is illegal in Phoenix with a fine between $100 and $250.

If you have a car accident in Arizona, you will undoubtedly be under a lot of stress. Below are some resources and tips to help guide you in the event you are in an accident:

If you want to send a demand letter to an insurance company to pay for your accident injuries, check out Lawsuit Info Center’s sample demand letters.

Have you been involved in a motor vehicle accident or otherwise injured in Arizona? Find out how much financial compensation you may be legally entitled to in just minutes with our free online Injury Settlement Calculator. According to the Arizona Department of Transportation, traffic fatalities on roads and highways in the state climbed in 2016 for the second straight year. ADOT noted that driver behavior continues to be the major factor in auto accidents. The department reported that 962 people died in auto accidents that year, which was 65 more than 2015, or a 7.3% increase. The number of car accidents also rose 8.6% to 126,845.

Some of the leading causes of Arizona traffic fatalities for 2016 were:

More accident statistics for Arizona from 2016, according to ADOT:

For Phoenix alone, there were 25,952 car accidents in 2015, which is much higher than 2013 by several times. Total vehicle accident deaths in 2014 was 160. The most common places where car accidents happened in Phoenix were:

Common reasons for car accidents in Arizona for 2014 were:

The Arizona Department of Transportation also reports that the average cost per accident victim is as follows:

One of the most notorious, recent car accident cases in Arizona occurred on Oct. 20, 2017 when a woman from Chandler was accused of causing a five car accident on I-10 that killed two. The woman allegedly was intoxicated and had her three-year-old daughter in the vehicle. Witnesses reported that the woman’s car rear ended an SUV that caused it to land in the opposite lanes of I-10. The two people in the SUV died. The woman is being held on a $500,000 bond for DUI, second degree murder and nine counts of endangerment.

Knowledge is power when it comes to dealing with car accident settlements in Arizona. Now that you understand the basics of Arizona law surrounding these types of accidents as well as average settlement amounts for various injuries, you’re equipped to handle anything that comes your way should you ever find yourself in this situation. As always, when in doubt please consult with an experienced Arizona auto accident attorney who can help ensure that you protect your rights and receive the full compensation that you deserve. What Percentage of Car Accidents Settle for More Than the Victim’s Actual Damages? Car accidents are, unfortunately, a part of life. In the United States, a crash occurs every 6 minutes. Many of these accidents result in injuries and death. In 2020, 4.8 million people...

It can be hard to deal with the aftermath of a car accident, and sometimes dealing with the insurance adjusters can seem like a friend who’s there to help guide you through a tough time. However, it’s important to remember that insurance companies are for profit...

This article will give you some helpful tips when speaking to a claims adjuster for your auto accident if you don’t have an attorney in your corner doing the talking for you. In most cases, hiring an attorney for your car accident is a good idea. However in simple...

How to Find The Right Lawyer for Your Car Accident Settlement

"How can I find a car accident lawyer near me?" If you're trying to navigate the car accident settlement process, this is a very important question. Hiring a lawyer is the best way to make sure you receive the full compensation you deserve. While it is important that...

The Complete Guide to Partial Fault in Car Accident Settlements

Partial Fault in Car Accidents – The Law in All 50 States Can you recover compensation if you were partially at fault in a car accident? Here are the laws in all 50 states. In order to fully recover your losses after a car accident, you need to be able to prove that...

What are the steps to take after a car accident in order to ensure a fair settlement? The list is longer than most people think. While you may be focused on getting your car repaired and taking care of your medical bills, you could be entitled to far more, and you...

After a car accident, almost everything you do can impact the outcome of your insurance claim. From when you see a doctor to how closely you follow your doctor’s advice, and from when you return to work to what you do in your spare time (both in the real world and on... 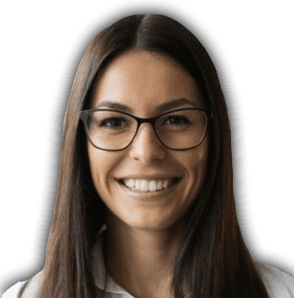 What's the max you can get?Get a fast, free estimate!
FIND OUT NOW, FOR FREE!