Can I File a Whiplash Lawsuit? 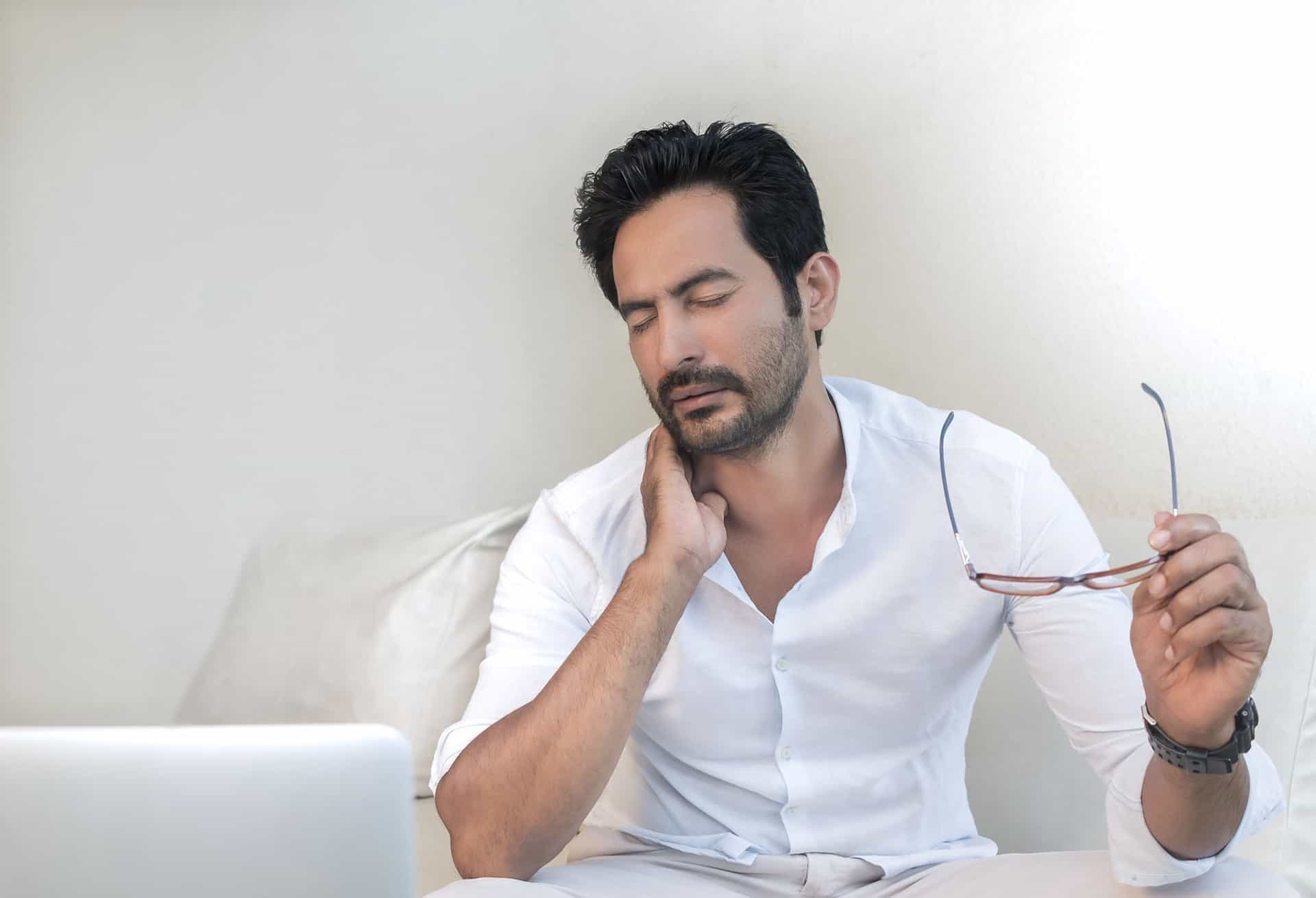 Whiplash is a common term for the various soft tissue injuries that happen in the neck during a car accident. If you have injured your neck in a car accident, you may be able to file a whiplash lawsuit, although there is a question around whether or not that’s the best option. Whiplash injuries can be very painful and filing a lawsuit could be your best way to get compensated, but it could also lead to you walking away empty handed.

This article will examine the process of filing a car accident whiplash lawsuit, the alternative options you may have, and the risks associated with doing so.

What is Whiplash and How Do You Know If You Have It?

Whiplash is a term used to describe neck pain caused by the snapping back and forth of the neck. Whiplash can occur as the result of an impact to the head/neck region, usually rear end collisions or any collision where the head is snapped backwards then forwards quickly. This causes damage to muscles, ligaments and tendons in the neck, particularly injuries around the upper neck from C1-C2 and from C7-T1.

Symptoms of whiplash after a car accident include pain, stiffness, headaches and difficulty turning or looking up/down.

Whiplash injury is a common type of personal injury that occurs when the head is snapped back then forward quickly due to a car accident. The injury is most common among car accident victims who are not wearing seat belts. Many people confuse whiplash with a neck or upper back injury, but they are actually two different injuries that can appear to have similar symptoms.

How Do Car Accidents Cause Whiplash?

During a car accident, the head has different types of movement. It rotates about its center, moves forward and backward with respect to the torso, and tilts from side to side. Whiplash is caused by rapid acceleration or deceleration of the head in conjunction with rotation between the neck bones (cervical vertebrae). The injuries associated with whiplash involve the ligaments, tendons, or disks of the neck, but it is unknown why certain people are more likely than others to be injured in this way. Unlike what was previously thought, whiplash does not occur because of impact between two rigid surfaces (for example the head and an airbag or seat).

Get Medical Treatment Right Away

Your doctor will know to be looking for signs of a neck injury after a car accident, including whiplash. If you decide to file a whiplash lawsuit later, it is required for your injury claim to be backed by strong medical records. Any insurance adjuster or jury will look skeptically at any claim of a whiplash injury, so be sure that you have the medical proof you need to get proper compensation.

If you do have whiplash and it is confirmed by a doctor, start the personal injury claim immediately. If your car accident happened in a no fault state, you should talk to your own insurance carrier that day. If you are in a state that allows for personal liability claims after a car accident, contact the at-fault driver’s insurance carrier. Tell them that you plan to file a claim or lawsuit.

Remember: The sooner you tell the insurance company or your intent, the more seriously they will take you. If you wait weeks to file a claim for whiplash, it will be viewed suspiciously. But starting the claim right away does NOT mean you should accept a low car accident whiplash settlement.

If you make a whiplash claim with an insurance provider, you should be documenting all expenses that you have related to your neck injuries, medical treatments, lost work time, prescription drug costs, etc. The insurance adjuster will require proof of every dollar they pay, so they will want a lot of documentation. Make their lives easier with good records and the money will come faster.

What’s the Process for Filing a Whiplash Lawsuit?

Generally, the first step in trying to sue someone for whiplash after a car accident, is to try and AVOID suing them entirely, by trying to settle the whiplash claim out of court.

Typically, the only time a car accident whiplash claim ends up going to court is when the two parties can’t agree on something – liability, damages, the amount of pain & suffering, etc.

But while many whiplash claims end up in a car accident settlement rather than court, there is no assurance this will happen. The insurance company may deny your whiplash claim or could offer you a very low settlement. In these cases, your best course of action could be to file a whiplash lawsuit.

Keep in mind that many whiplash claims are considered ‘fake claims,’ so you will need to have good documentation to receive fair compensation.

Here the Steps to Filing a Whiplash Lawsuit

If the two parties can’t agree on a fair whiplash settlement, then a lawsuit will typically be filed. At that point, here are the steps you’ll need to take to file a car accident lawsuit:

How Much Money Can You Expect to Receive in a Whiplash Lawsuit?

The answer: it depends. It is very difficult to say how much you should expect to receive as there can be many different factors that will determine what amount of the settlement you end up receiving. Furthermore, personal injury lawyers take different percentages as their fee, and many will charge a higher fee for taking a case to trial due to the increased workload and complexity, as compared to settling a whiplash claim out of court. In many instances, a car accident attorney will charge 33% for negotiating a car accident settlement out of court, but closer to 40% (sometimes more) if they have to litigate the issue in court.

Are There Any Risks Associated With Filing a Whiplash Lawsuit?

There are a number of risks in deciding to file a whiplash lawsuit instead of settling the matter out of court. The biggest one is, you could lose the lawsuit and end up with nothing. If the insurance company is making you an offer, even if it seems low, this amounts the old saying “a bird in the hand is worth 2 in the bush”. You might get a higher payout by going to court, or you might get nothing. Or you could take the money that’s on the table and walk away with something.

This makes the choice of filing a whiplash lawsuit or accepting a settlement a very personal one – it depends on a number of factors, including how much time you have to devote to going to court and meeting with your lawyer, how badly you need the money now (lawsuits take a lot of time, and during that time you have no settlement money), and what the odds of winning are.

As mentioned above, there are also typically higher lawyer fees for litigation than for out of court settlements.

In addition, from a strategic point of view, if you’ve been offered a settlement and you go to court, the jury will know that the other party was willing to settle out of court. This can hurt your credibility with them – instead of being seen as a wronged party who deserves compensation, you may be seen as someone who “wanted” to go to court and now is trying any possible angle to win.